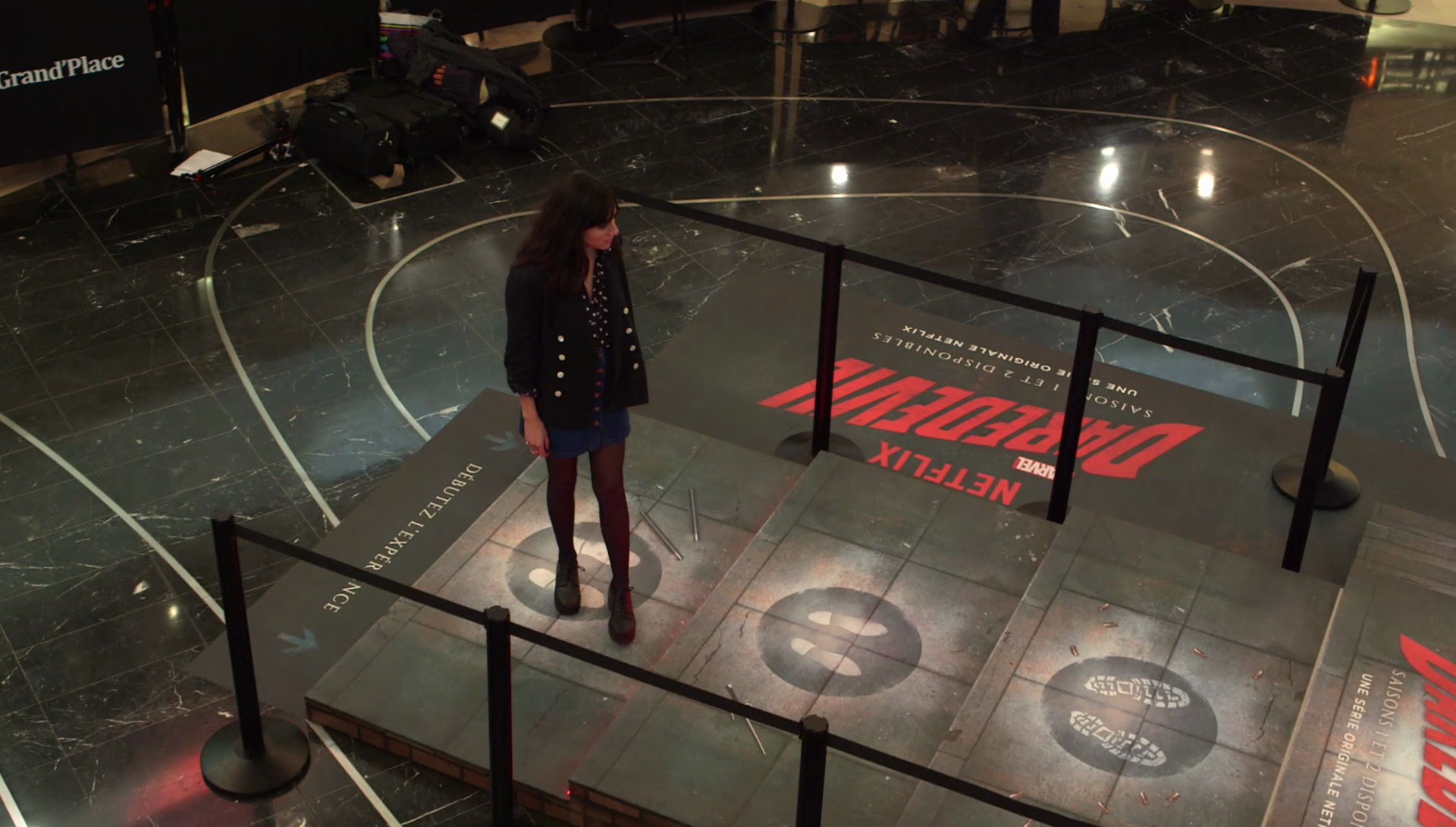 Netflix presented the start of the 2nd season of the Daredevil series in March 2016 at a very special event in the shopping centre “Les 4 Temps” in Paris. As part of the interactive animation “Digital Dream” under the dome of the mall, the companies BIBORG and CLEAR CHANNEL worked together to create the largest indoor screen in Europe.
A 250 m2 LED display and a 16 meters vertical screen offer the spectators an impressive 360 ° experience!
The SensFloor underlay below the 4 steps of the podium detects the presence of people and triggers lighting effects as well as impressive animations on the screens.

SensFloor detects the presence of people
“This project was a complete success, we received only good feedback from the customers.” Mr. Emilien Chiche, Biborg Senior Creative Technologist also believes that “only 10% of the potential of SensFloor technology has been used for this project so far”.